Prior to joining Columbus, MacGregor spent four-and-a-half years with Vancouver Whitecaps FC, serving as a first-team athletic trainer and as the head athletic trainer for the club’s residency program.

What does Portland do?

They also use these for recovery

Get your athlete in each day

Use the athlete as a gauge

How do you keep a player engaged

Set up a culture of Sports Medicine

No phones in the AT Clinic

No phone in the gym

What is PSATS to YOU?

Want to earn some CEUs?

Check out Medbridge.com and use the code “TheSMB” to save some money, help out the podcast and be entered to win a second year free 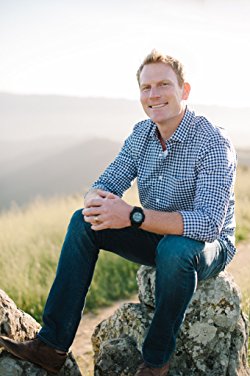 Justin Buzzard is an Author, Speaker, Pastor and most importantly Husband and Father.  In his book Date Your Wife he charges men to really look at marriage as the ultimate call to action, life long action, daily intentional action.

After reading the book and implementing some of the practices I asked a few Athletic Trainers to read it and apply it to their marriage.

Vidal Mora commented-
Dating your wife means to guard and cultivate her, the little stuff such as watching the kid and letting her go get some coffee alone, go for a walk, watch a tv show alone without interruptions is dating your wife, for you try to take some time together send your child to a babysitter and spend time with your wife alone in your house. I know first hand things can get sometimes overwhelming with life (wife/kids/work), humans need that alone time in my opinion, because sometimes my wife and I can't even remember our lives before kids.

Josh Dawsey writes:
This book, even though I'm still finishing it, has really adjusted my view of my marriage, and how I view Stephanie. It has laid out some tough challenges, but in the coming new year I want to be more intentional at dating my wife. The book showed me that there needs to be a strong foundation and then I need even stronger pillars to support my wife, my son, and our marriage. Hopefully throughout this journey of marriage and dating we rekindle some flames that have died and set ablaze some fires already there. Lastly, I want my young son to see a great example of how he should pursue his future spouse and how to treat her once he marries. Thank you for including me in this time together and I hope we can keep chatting about how our journeys are going.

Every purchase you make on Amazon could be helping grow the SMB.  No extra cost to you.

Use “1FREECOURSE” to get started TODAY