A fun song from the musical Hamilton, “What Comes Next” is the line we are focused on for the start of the 2021 leadership in AT podcast series.

Thanks Patrick Ohaver for putting it all together.

You have wanted to move up to a leadership position in the company, the school, or even a professional organization.

Just as a young America made the leap into independence, now you are given the opportunity to lead.

That is the question on this episode..

Do you know how hard it is to lead?

I was fortunate enough to have mentors that were in leadership positions and I observe them through my career taking mental notes on what I would do in certain situations how I would overreact how I would respond however I learned so much during my tenure as the supervisor of Athletic Training Services and dealt with a lot of specific leadership challenges.

Patrick — Another point in King George's song what comes next really struck me was when your people say they hate you don't come crawling back to me. Now as a recovering people pleaser, I strive to make everyone feel Equitable and try to look for the win-win. However, during my time I discovered win-win just doesn't work out sometimes. When you have to lead a large group you are not going to please everyone now. I would not say that my employees “hated me “ however some decisions that were made did not meet with high favor.

I can recall a time when we sent out an employee satisfaction survey. It was a sort of 360-degree look at our leadership team.

Through the eyes of the employees and I was expecting an overall positive response however, the amount of negative response was shocking and really caused a point of reflection and revaluation of my leadership style and our leadership team’s style.

Have you had an employee survey or an evaluation done on you that was not what you expected and did it change your outlook?

This point in the musical also echoes a similar thought that getting to the top may be easy however leading is harder.

Leading your peers is very difficult. We can look back at a recent Facebook post in the Secondary School group where an employee was ranting to her “friend” who was in an administrative position about the organization. I am not sure what was said or how it was said however the other party deemed it necessary to inform her superiors and her subordinate was reprimanded.

There's a good book called “From buds to boss” by Guy Harris and Kevin Eikenberry.  It's a good book and help me get some perspective in my early supervisory times.

Being the boss isn't all Fame and Glory. Some people want that prestige and that title however, if you're not prepared, then it may be more of a detriment than an aid.

Were you ever on your own?  I recently heard from a long-time listener Caleb who was out in China as an AT and he was on his own for a while.  Share your story with us.

These people LOVE ATs and help the SMB pay the bills:

MioTech – meeting all of your sports medicine supply needs

Donate and get some swag (like Patreon but for the school)

HOIST – no matter your reason for dehydration DRINK HOIST

MedBridge Education – Use “TheSMB” to save some, be entered in a drawing for a second-year free, and support the podcast.

How can I become an Athletic Director?

Many ATs have moved on to Administration.  Ross Cooper is an Athletic Director and Athletic Trainer for Detroit County Day Schools.

John Ciecko gets to the point to figure out how he got there and how you can follow Ross's path. 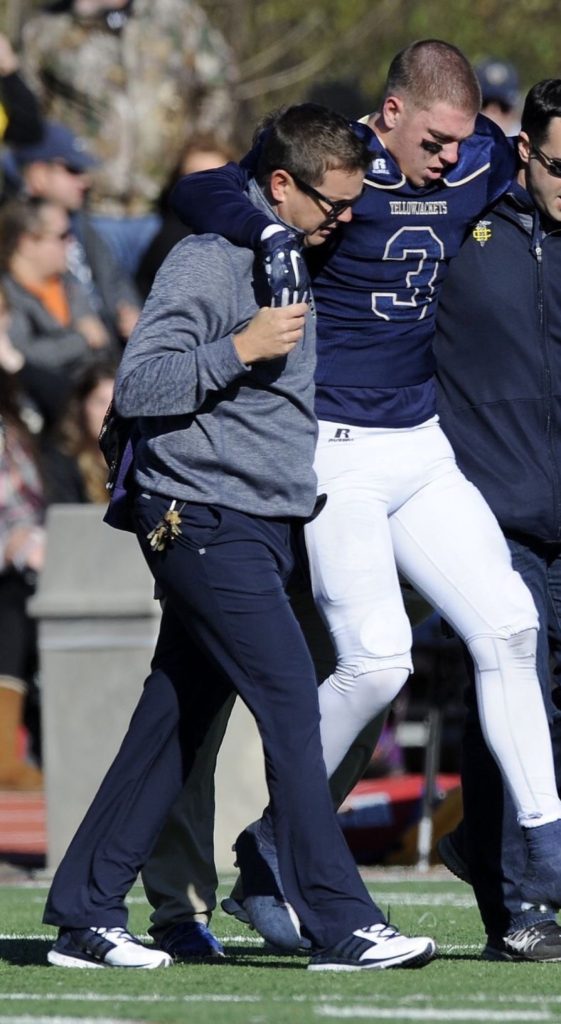 Here are a few key points from Ross Cooper

Ross also mentioned he took the schedules and policies and made them all digital.  Using a system like Dragonfly MAX can help an Athletic Trainer reduce paper work, streamline the PPE process and improve communication with coaches, parents, and athletes

Want to reach out to Ross?

Connect with him on Linkedin

What is the State Association Advisory Committee?

Mike Van Bruggen joins the podcast lounge live in New Orleans to discuss the NATA's State Association Advisory Committee or SAAC.
The SAAC exists to walk along side the state association and help unify AT across all states.
Mike share how the NATA is trying to build unity and support the efforts of each state as our profession moves forward. 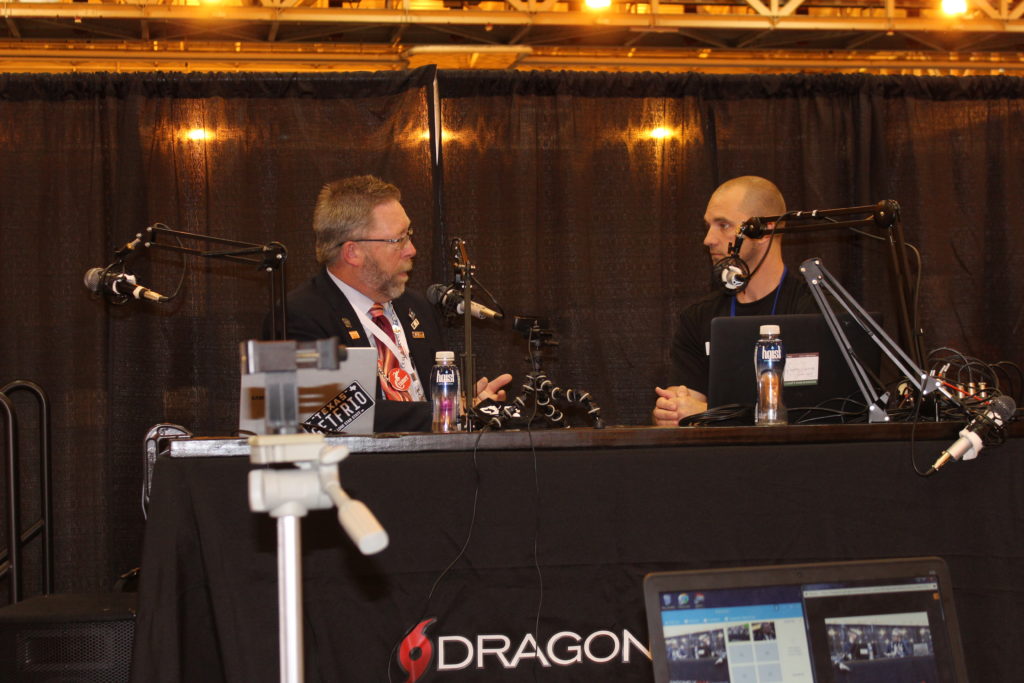 We are broadcasting live from the 2018 NATA expo in New Orleans.
We used Facebook live, YouTube Live, Instagram Live and even periscope to stream as many of the NATA 2018 Expo Interviews as possible.
The Sports Medicine Broadcast
Most of which can be found: https://www.facebook.com/MrJeremyJackson/videos

I would not be at NATA without these folks:

I want your feedback

Who is Kurt Andrews?

Director of Sports Medicine for Sporting KC Kurt Andrews is a husband, Athletic Trainer and pursuer of knowledge.

As director you also have to plan and prepare them team, practice procedures and EAPs and coordinate Doctors, PTs, EMTs, Massage Therapist and all other medical team members.

Kurt also is a leader in PSATS or Professional Soccer Athletic Trainers.

John Ciecko assembled an outstanding lineup to cover the various aspects of Leadership in AT.

Check out our whole #LeadershipSeries as we apply these principles to Athletic Training and various settings. 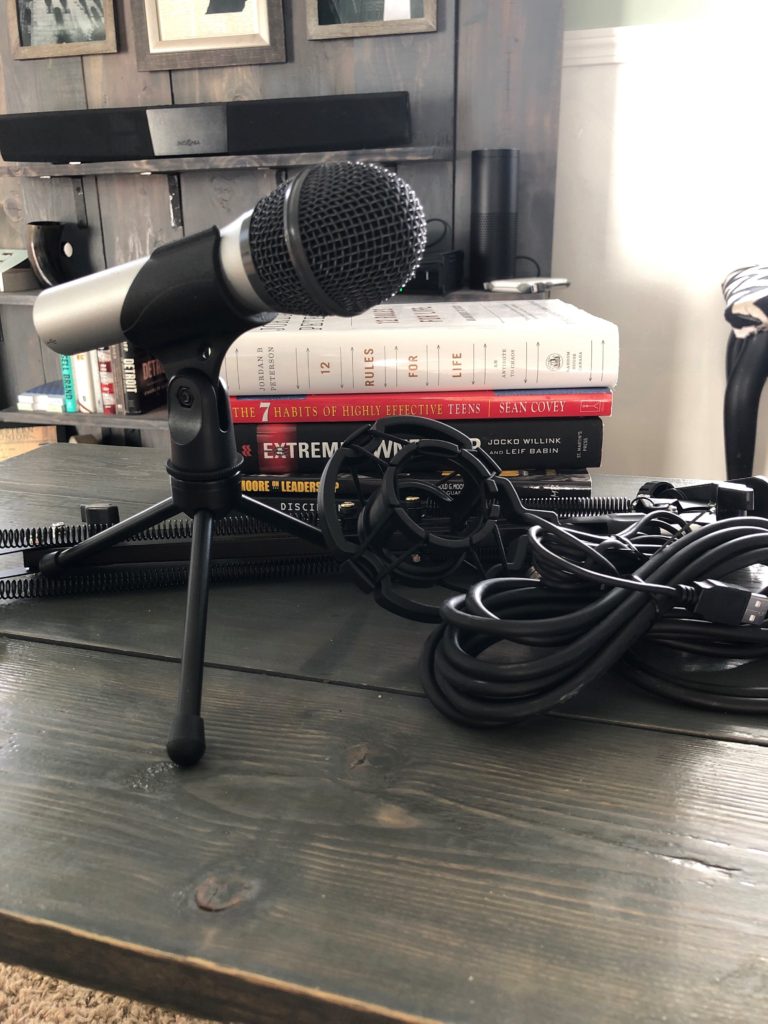 Shawn Ready took the gear with him to Las Vegas to snag an interview at the Justin Sports Medicine Conference in Las Vegas.

Contact Shawn Ready to find out more or how to get involved in rodeo sports medicine.

University of Virginia Assistant professor in the department of kinesiology Jacob Resch is an Athletic Trainer.  He speaks on Concussion management from his experience and research.

Thanks for the special contributions from @FemaleATProbs

Top 10 reasons it is so tough being a female athletic trainer:

9. Wearing make up means we’re trying to impress someone

8. Not wearing make up means we’re either sick or very tired (even when we’re neither.)

6. Being asked to homecoming, prom, or any other school function is not what we had in mind when we go on dates…

U of H MAT

Robbie McFarlan has been an AT for five years, but has had a very rare path to understanding the mind of a coach.  His advice “Stop and try to understand where they are coming from before you take it personal” Check out our conversation about how each of has failed and learned a lesson the hard way about interacting with coaches.

Thanks to  JJ Worthen for allowing us to use his music.

A History of Athletic Training with Matt Weber – 110

Thanks to Morgan Wilson Music and JJ Worthen for allowing us to use parts of her songs.

Check out his book: Dropping the Sponge and Bucket

Physeal Injuries of The Elbow With Dr. David Crumbie – 97

Thanks to Morgan Wilson Music for allowing us to use parts of her songs.

Here is our interview with Dr. David Crumbie.  Since this recording comes from a live conference, some elements are lost due to lack of visual props and some crowd noise can be heard.  The stellar content more than makes up for the difference in sound quality.

Bob Marley allowed us to record and interview the guests of the Memorial Hermann 13th Annual Sports Medicine Update.  In the course of two days we conducted about 24 interviews, streamed live for about 16 hours, and had a lot of help from Dr. Josh Yellen, Dr. Mark Knoblauch, Bill Hale, former student / future Athletic Trainer Jazmin Dozal, and current SAT Sarah Avina.

Every purchase you make on Amazon could be helping grow the SMB.  No extra cost to you.

Use “1FREECOURSE” to get started TODAY